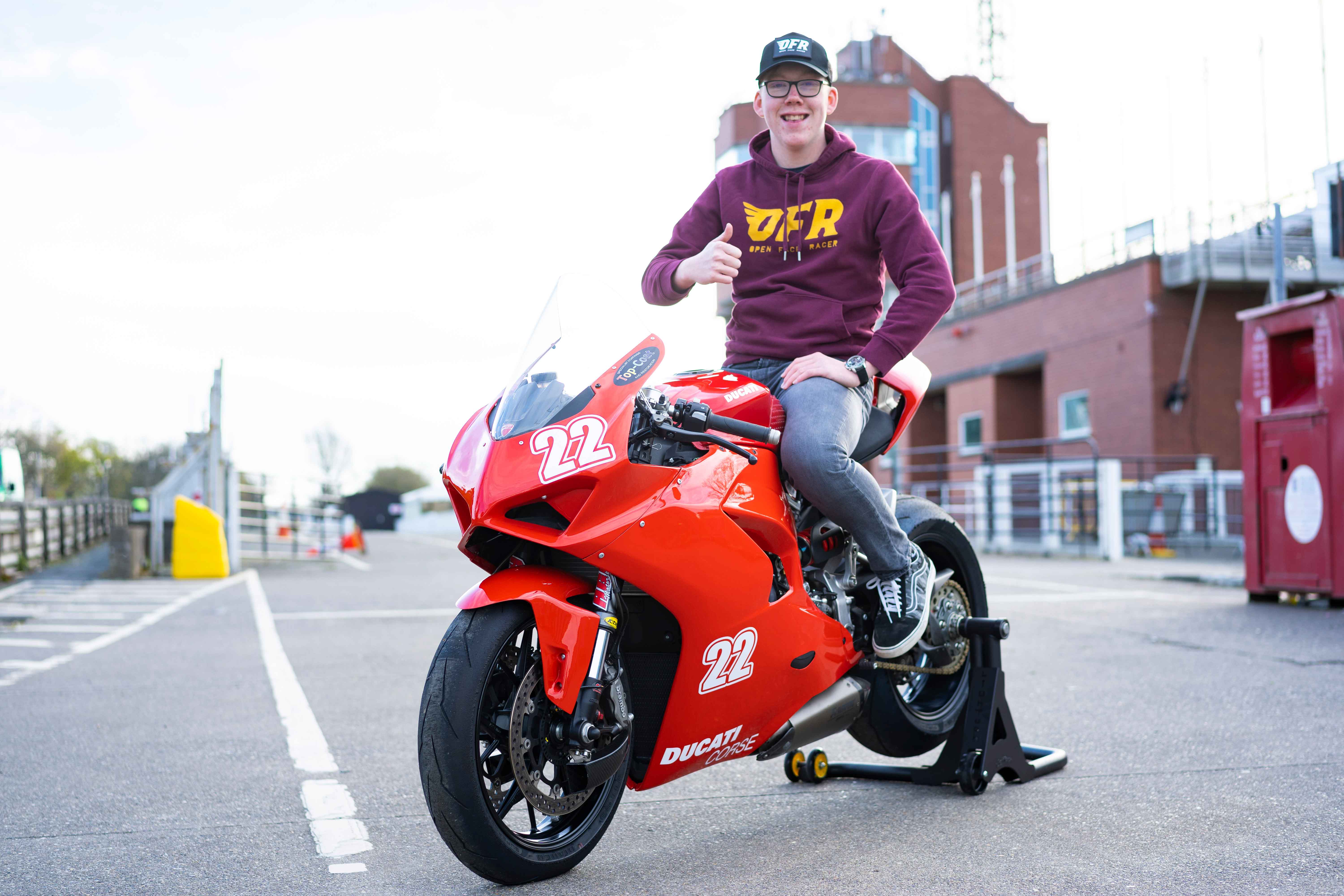 OFR are excited to announce our sponsorship with Illiam Quayle, a young talented Manx rider who'll be tackling the Ducati TriOptions Cup at BSB this summer! He’s already achieved so much at such a young age so we want to brag about him!

Illiam has had an interest in motorbikes since the age of 2, and being fortunate enough to live on the Isle of Man, he’s been able to watch motorbike racing ever since he can remember.

Illiam’s dad has been a huge inspiration - the well renowned Richard ‘Milky’ Quayle is a winner of legendary races like the TT and MGP. He has competed in countless road races with a biking career spanning over nearly two decades, from 1994 to 2003.

From then on, Illiam wanted to start racing in the UK and regularly took part in the British Mini Bike Championship in the Junior SM 140 class, with a best race finish in 3rd and 8th in the series, despite only racing at six out of the ten meetings.

He says ‘From 2018, I rode my KTM 390 in the Thundersport Superteens series, and had a great year learning so much about racing and myself - Superteens is a really competitive class and though I rode well on the size of the bike, it just didn’t suit me. And as a young racer, you have to know your limits of what can be achieved. I also rode most of the season at Jurby and managed a 3rd place in the Championship’.

So in 2019, he realised he needed to switch to a bigger, more powerful bike, the Suzuki SV 650 Supertwin, where he had a fantastic season racing with No Limits in the Supertwin class and won the championship in the last round.

Despite having a busy year in the UK racing, he still managed most of the home rounds at Jurby, which resulted in 3rd in the Singles Twins and Triples Championship, and 3rd in the 650 Twin Championship.

The plan for the 2020 season was to race in the Ducati TriOptions cup at BSB, but sadly due to the Covid-19 outbreak, it just wasn’t possible. So he decided to just do the season at Jurby on his 600. For the new season in 2021, he’s ready to tackle his biggest challenge yet, and finally compete in the Ducati TriOptions Cup at BSB.  He can’t wait to get started and we wish him the best of luck!

Back to Blogs Index