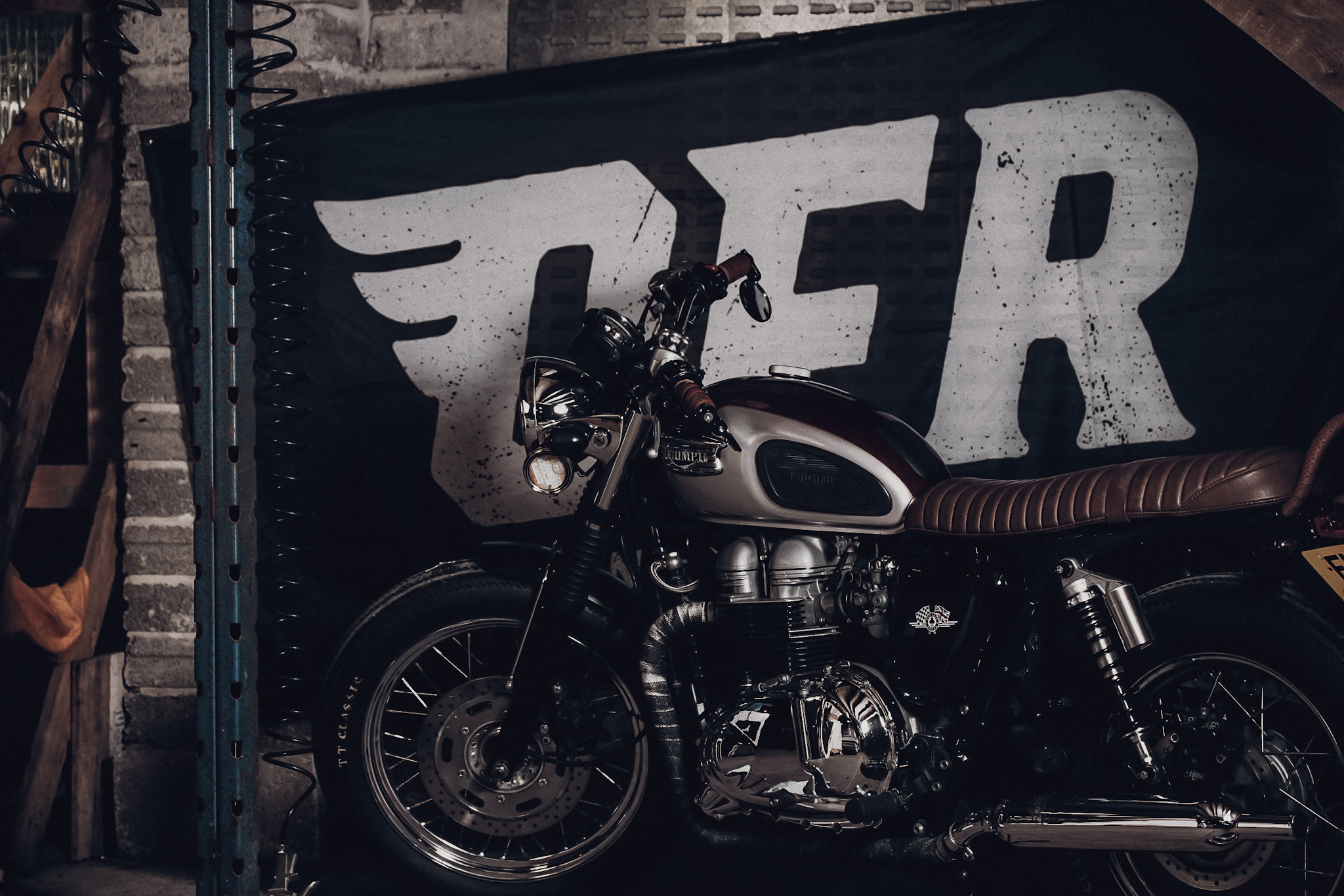 Can you think of any other motorcycle model as legendary as the Triumph Bonneville? Most bikes of the 50s have largely been forgotten, but Bonnie has remained. Open Face Racer’s go-to model of bike - after 60 years, it is as relevant now as it was at its launch in 1959.

The name came from the 1955 speed record, set at the Bonneville Salt Flats, by American rider and legend, Johnny Allen. He achieved a staggering 193.3mph on a modified Triumph streamliner by the name of Devil’s Arrow. The Bonneville didn’t share much of the look of the bike that Johnny used to set the record, but it was enough of a marketing boost when the Bonneville was unveiled as the fastest production model at the Earls Court Motorcycle Show in 1958.

There were three generations of the Bonneville, the first gen between 1959 and 1983, gen two between 1985 and 1988, and gen three from 2001 onwards. There are few motorcycles on the market that are as iconic as the Triumph Bonneville. It surged into popular culture through many famous people - Steve McQueen, Marlon Brando and Bob Dylan were all Bonnie fans!

It’s not the celebrities that made it famous though, it is the unique style of the Bonneville and its performance. It appeals to us because it makes us dream of long drives down winding roads. The Bonnie has been appreciated by the Café Racer amateurs for decades, and for good reason, as it is the base of many projects!! We think the Triumph Bonneville is a motorcycle that will change your life.

If you’re on the search for a bike that you want to cherish, custom or love, you can’t go wrong with a Bonnie.

Back to Blogs Index